The Greatest Speech you need to hear

Lynn White Jr. delivered a powerful speech at the 1966 American Association for the Advancement of Science that demanded a change in our world view in order to save it.

On the evening of December 26th, 1966, Lynn White Jr. climbed the steps to the stage and took his place behind the podium at the 133rd annual meeting of the AAAS (American Association for the Advancement of Science)held in Washington DC. This fifty-nine-year old historian of medieval science and technology dropped an intellectual bomb, sending jarring reverberations still felt to this day. His address was published as “The Historic Roots of Our Ecologic Crisis” a year later and can be found with this link https://www.jstor.org/stable/1720120 .  The AAAS was founded in 1848 and has evolved into the world's largest multidisciplinary scientific society with nearly 130,000 members and subscribers. The associations mission is  "advance science, engineering, and innovation throughout the world for the benefit of all people."

Lynn White argued that the roots of our ecological crisis lie in the Christian attitudes towards the earth and non-human species fostered by reading the Bible through an incorrect lens. Our environmental crisis is first and foremost the product of our Western worldview. That is, our problem is fundamentally philosophical or ideological: we bring our ideas about the world into existence, ideas about what humans are, what the world is, and how the human and the non-human world ought to interact. To put it simply, and in White’s words, “What people do about their ecology depends on what they think about themselves in relation to things around them”

The Bible has shaped western culture with human beings as separate from all other creatures and dominating them. But if we read the Bible with fresh eyes it shows that the ‘dominion over nature and all creatures’ is actually not present - this is power hungry man's twist on the message to excuse earthy agendas.  The Bible is not anthropocentric (human centric) but has God at the centre. The creator of ALL, humans were created last to steward, and care for ALL - not dominate. God declares the plants & animals ‘good’ (massively understated) independent of humans.  White has nominated Saint Francis’ non-anthropocentric teachings as a way forward (please read my article on Saint Francis here https://everfit.co.nz/articles/francis-saving-us-and-the-earth)

To save the world we must change our world view - it’s important to glance away from Christian indoctrination and embrace ancient indigenous cultures for a better vision of interdependence of humanity with the natural world. Human arrogance has blinded us to the inherent value of every creature and ecosystem on earth.  I believe God has continued to try and remind us to care for ALL of creation by sending word with messengers all throughout history - including the ultimate example of the word, Jesus. This incarnational view (humans embodying the message + God is within all life) should be paramount in the Christian psyche.  This powerful Bible verse underpins it

‘When all things began the Word already was. The Word dwelt with God, and what God was, the Word was. The Word, then, was with God at the beginning, and through him all things came to be; no single thing was created without him. All that came to be was alive with his life…..so the Word became flesh.’ New English Bible, John 1:1-4a, 14a

Christians need to live authentically with the idea that the Word, which was intertwined with Jesus, is also intertwined in the life of ALL living things. When this is fully realised we can stop being part of the destructive problem and embody the healing solution for our suffering biosphere. It’s time to love a God who cares for the grasses and trees in the field, and mourns the death of a sparrow. Love is an action, and it's time to act.  God does not think of the natural world as a mere stage for humans to play, exploit and profit. The time has come to put our natural world before profit.

Living like Jesus who Christians profess to follow, he is the way, truth, and life requires we are open to the service of life on our planet and preserving our planet for future life. Jesus lived simply, lightly, and justly.  He owned little, and talked about caring for the vulnerable, and oppressed. He was sent to save the world - not just humans (https://everfit.co.nz/articles/jesus-kick-arse-animal-rights-activist).

In 1987 Lynn White, Jr. died of heart failure. His message is now over fifty years old.  We need to hear it again, today, right now, more than ever. Humans, White pointed out, “commit their lives to what they consider good” When, and if, the world in its entirety becomes good itself – not just good for us – we will glimpse a new path forward.” 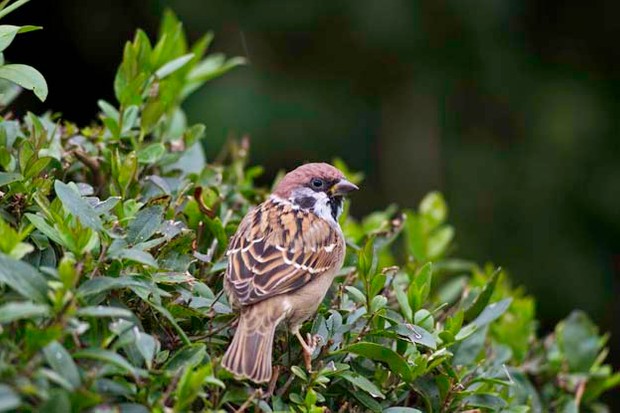