Was Jesus Christ a vegetarian who was against animal cruelty? Considering he was a revolutionary figure that stood up for the oppressed, and raged against social norms there is a good chance he was

I moved towards a vegan lifestyle firstly for health reasons. My uncle was diagnosed with Bowel cancer and he blogged about the last 18 months of his journey before he passed away. He repeatedly wrote about the link between meat, particularly processed meat and certain cancers (especially bowel cancer). Over the last 3 years my family and I have refined our eating habits and are now very happy with consuming minimal animal products. My kids have salmon with their sushi once a month, and we have cheese now and then when we are out. I personally haven't had any meat, eggs, and little dairy for almost 2 years and am enjoying the new lifestyle. I am now vegan due to the excessive resource use to breed and grow animals to eat, the detrimental effect on our environment, and water ways. My two daughters Eva and Stella don't eat animals after they made friends with a pig and a chicken (they named them Sophie and Bok bok) on a camping holiday, and really can't understand how humans could kill an animal to eat it.

As a Christian or follower of Jesus (even if you don't believe he was the son of God it's well documented that he was a non-violent, minimalist, defender of the oppressed, who was a kick arse revolutionary altering the course of history) I started to look into early Christian eating habits by reading reports on ancient texts and what I found surprised me. It's amusing how you read the same passages after you have made mindset shifts and you become aware of things that were not there before. Some scholars suggest that Jesus was sent to restore the Torah as was passed down to Moses at Mt. Sinai and the Tabernacle. A simple definition of the Torah is the origin of the Jewish people hood, their purpose and covenant with God. Some suggest it is the continued story from Genesis. My favourite passage in Genesis is 1:29 - "Behold I have given you every plant yielding seed that is on the surface of all the earth, and every tree which has fruit yielding seed; it shall be food for you." Some of my carnivorous Christian friends then quote Genesis 9:2 "with everything that creeps on the ground, and all the fish of the sea, into your hand they are given", which I reply with 9:3 "Only you shall not eat flesh with it's life, that is, it's blood.." I believe we are called by God to be agents of change to bridge the gap between what God planned for earth and the broken planet we now find ourselves on (check out 2 Corinthians 5:18-19). Maybe the answer to the brokenness (the way we produce food is one example of the brokenness) is walking in the ancients ways of the Jesus followers ("look, and ask for the ancient paths, where the good way is; and walk in it" - Jeremiah 6:16)

After Jesus was crucified in 33 AD, there were two main branches of Christianity that rose up. The first was the Jewish thread lead by Jesus's brother James (renamed James the Just). This branch was severely compromised after James was murdered in 62 AD, and then Roman legions destroyed Jeresulam and the Jewish temple in 70 AD. It is written that most of the Jewish Christians fled to Pella (modern Jordan). This Jewish faction was known as the Ebionites (this was roughly derived from the Hebrew word for "poor", as they believed that Jesus had promised that the poor shall inherit the kingdom of God - Matthew 5:3). This group shouldn't get confused with the existing pre Jesus sects such as the Zealots, Sadducees, Essenes, Samaritans, Pharisees, and Nazarenes. According to Epiphanius (Church historian from the 4th Century) the Ebionites were vegetarian and there was a widely held belief that Jesus rejected animal sacrifice and consumption of meat. In the gospel of Ebionites Jesus has a confrontation with a high priest saying "I am come to end the sacrifices and feasts of blood; and if ye cease not offering and eating of flesh and blood, the wrath of God shall not cease from you..." The apostle Peter became a vegetarian (he stated this in the Clementine Homilies) and ordered his followers to abstain from eating meat. Hegesippus (a 2nd Century orthodox Christian) wrote this regarding James the Just "he drank neither wine, ate no flesh", and "Who and whatever James was, so was Jesus." James was very concerned that people may use the concept of "justification by faith alone" to justify abuse of people, and I believe all of Gods creatures and creation. Surely we need to be judged by our deeds intertwined by the faith that drives them.

The second thread was the Pauline Group lead by the Apostle Paul (not one of the original 12). He was also known as Saul of Tarsus - Christian bounty hunter who was converted to a follower of Jesus when he was confronted by the resurrected Jesus on the road to Damascus. Paul's Christ movement flourished untouched by the destruction of Jerusalem and eclipsed the struggling fragmented Jewish movements. He is considered one of the most influential figures of the Apostolic age and founded several churches in the mid 30 to 50's AD. Paul was originally a Pharisee and was taught by one of the sects most well known teachers. Up to thirteen (seven undisputed, and six probable depending on who you talk to) of the twenty seven books in the New Testament have been thought to been written by Paul. The Ebionites were rejected as heretics by mainstream Christians, and eventually were absorbed into Islam. Their vegetarian beliefs influence the Sufi's. The beloved female Sufi saint Rabia al-Adawiyah was a vegetarian. Vegetarianism was common among the early Christians in Paul's day but Paul was wanting to make a break from many of the habits of these Jewish sects. There are hints that there was tension between Paul and James and a possible power struggle. Paul even said "Christians who eat only vegetables have weak faith." Romans 14:1-2. Many people have misinterpreted Paul's teachings and that they can turn a blind eye to unbecoming deeds as we are all saved by faith in the end anyway (see 2 Peter 3:14-16). I feel James's faith and deeds is a far more comprehensive take on the matter as holistically you can't be authentic in believe without the compassionate action to match.

Keith Akers has written a book titled "The lost Religion of Jesus : Simple Living and Non-violence in Early Christianity". In it he makes a very interesting point. He suggests the crucifixion (the central event in the Christian faith) was bought about by Jesus's willingness to fight for animal rights. Christs rejection of the animal sacrifice that was taking place in the temple (which is portrayed as a place of worship and a massive butcher shop) bought him in direct conflict with the temple priests leading to his arrest, and trail under Pontius Pilate. When I first read the passages about Jesus storming the temple and driving people out while overturning tables I somehow missed the fact he fashioned a whip from cords and drove hundreds of animals out of the temple disrupting the main revenue of the temple - the animals were sold for sacrifice. The most dramatic and chaotic event of this passage is not the overturning of the money handling tables but the freeing of the animal herds (cattle, sheep, and doves) from the temple grounds. Christs actions were associated with Zealot activities (group of Jewish nationalists who opposed Roman rule) and his fate was linked to the Zealot Barabbas (who had lead a guerrilla type raid against the Romans).

We have a duty to animals, to God, and to our own humanity, to show animals compassion. Raising them in cramped industrial farming conditions is not how animals should live. I believe Jesus himself would be horrified by our oppression of the meek merely for our taste buds. We do not need to eat animals for health, in fact we thrive without meat and dairy. They wish us no harm so the very least humanity can do is return that favour. Most Christians I bring this up with tell me that I need to concentrate on people and not animals. It doesn't have to be one or the other. I know myself that my new found compassion for animals has improved my empathy for people. It's well known in psychology that behaviours and attitudes in one aspect of life will filter into others; the link between cruelty to animals and violence towards humans is well documented. We have to be less reductionist and more holistic in our outlook and actions. It's time Christians looked back in how some of the original followers of Jesus and maybe Jesus himself treated animals in order to move forward to a new sustainable earth that God has planned for us. As some have stated - "Christianity must change or die". What has happened to Jesus teachings of simple living and non-violence? If the Church is unable to live out the very basic teachings from their founder how can we be seen to take Jesus seriously?

Brad Dixon is a sports physiotherapist, coach, and wellness evangelist based at EVERFIT Physio & Coaching. His passion is helping people strive for their potential with promotion of enhancing daily habits. Walking the talk helps deliver this message more authentically.The power is in your hands! If you want to connect with Brad he is at www.everfit.co.nz, and on Facebook, Strava, and Instagram (everfitcoach).

*Written by Brad Dixon, a physiotherapist, coach, athlete and environmentalist who has NO religious qualifications whatsoever

My book 'Holistic Human - Expansive Wellness Habits for thriving humans on a healthy planet' has a chapter on SPIRITUALITY. It is available through my site for NZ and Australia  https://everfit.co.nz/Store/holistic-human-book 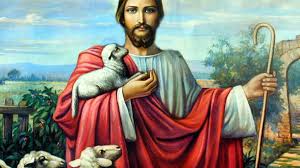