Alex Hutchinson has just released his latest book "Endure". In a podcast with Rich Roll he talked extensively about the low carb high fat and Keto diets.

Alex Hutchinson navigates the emotionally charged topic of athletic nutrition very well in his podcast with Rich Roll (#359). I have had many physio clients and endurance athletes want to know my opinion on Ketosis and the low carb high fat way of eating that is currently very popular for health, weight loss, and athletic performance.

As a vegan for performance, wellness, environmental, and animal rights I have huge bias in my response so it was refreshing to hear the very learned and experienced athlete and journalist Alex's opinion. Here are my notes from the discussion....

There is so much conflicting data on the subject of nutrition and it's unfortunate as athletes can't just throw their hands in the air and say "Oh well I just won't eat till 2035 when some better research comes through". All coaches and athletes have to have a hold on the basics. Alex eats a Mediterranean, Michael Polin type diet - "Eat food, not too much, mostly plants." He feels no burning desire to change his eating habits as it works well for him.

The keto approach to eating has taken hold in the endurance world in the last 5-6 years, and studies have followed showing some promising results. There is pro and con scientists that produce results that they interpret quite differently.

10 years ago Alex took the view that if you were eating very little CHO there is NO way you are optimising your endurance performance. The established thinking was you couldn't sustain endurance training on a low carb diet. The debate has now shifted - if you eat a keto type diet you ramp up your fat burning ability so much that you can go and run ultra marathons, and Ironmans. You might need some sweet potatoes the night before and have some CHO during to keep the fat burning furnace going but there is no doubt that you can perform well on a low carb, high fat or ketogenic (very low carb, high fat) diet. This is a BIG change in knowledge over the last 10 years. We have to acknowledge that our dependence on CHO for endurance was probably overstated in the past. This new information does not mean that a high fat, low carb diet is BETTER for endurance performance (or general health). Alex has seen no research to show that it is better which is contrary to what Prof Tim Nokes would suggest. Research shows that in the later stages of a marathon the top guys are burning up to 97% CHO. We have to be event specific. To optimise performance you need CHO for a marathon but over a 24 hr ultra running at LOW intensity you can get away with more % fat burning compared to the intensity required for a marathon run.

If we look at Olympic sports (most endurance events are less that 4hrs)  Alex is not aware of any Olympic  endurance athlete that follow a ketogenic diet (this is quoting Dr. Trent Stellingwerff Ph. D Exercise Physiologist who works with Olympic athletes). All of the top marathon runners are East African who eat 70-80% CHO rich diets. Many Kenyan runners get 10% of their kcal from the refined sugar they put in their tea and porridge! (Alex is not advocating free sugar in mainstream diets).

There is evidence that if you eat more fat you will shift your bodies natural fuel balance, and get more efficient at burning fat for fuel. If you run at a certain intensity you will burn a greater % of fat compared to CHO. Another way to achieve this is to train in your Zone 2, a predominant fat burning zone. Basically you can become fat adapted with training which amplifies your bodies ability to burn fat as a fuel. You do not have to eat more fat to achieve this.

Jeff Volek did a study with 20 Ultra runners or long distance triathletes. 10 were low carb and 10 followed a standard diet. All had endurance experience and the study showed that the 10 low carb athletes had a greater rate of fat oxidation. So if the goal is to breath out more CO2 as an indication of how much fat you are burning, and medals were given out for that than great : BUT does it make you go quicker? Does it change your performance? If you can eat during a race and you can top up with CHO then it really doesn't help.

If you want to be in the peak performance in your discipline you have to develop your anaerobic and aerobic engine. You have to to be "able to switch gears" "ramp up" and "back off". The best athletes have to be able to maximise capabilities in both. many high level athletes that have experimented with a keto diet (Cyclist Dave Zybriski) have stated "You can go all day but the minute you want to throw down an effort there is no gear to do this on a keto diet" Most studies looking into this almost universally show that you lose the ability to ramp up quickly with intensity. One cycling study in 2005 (Prof Tim Nokes was a co-author) where they did an 100km ride interspersed with short 1km sprints (simulate race conditions) showed that the fat adapted group performed similarly overall but lost out on the sprints. These findings replicate the Steve Phinney study in 1983 (one of the first to promote a ketogenic diet) where it was shown that you lose anaerobic power. No one talks about that aspect of the study. Most people report a loss in their anaerobic capabilities.

Another point made about the keto type diets is that it's not going to be effective for long term health.  Performance in the short term can be traded for long term health.  This is a very polarised discussion but overall if you want performance, health, long term wellness, balanced with what is in harmony with the environment then you can't go past a whole food plant based diet with complex grains, and a few plant based processed treats thrown in.

Get in touch if you want to discuss your eating regime to align with your values, and to help move you towards your best self. 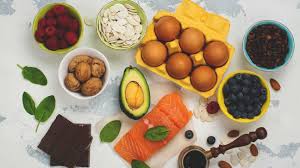