TIME to listen - STOP the growth, START to grow

Humanity as a whole has not paused long enough to listen to the most important message of all. We must put personal growth ahead of economic growth.

It’s time we stopped labeling the spiritual message that has been delivered to human kind on repeated occasions. Humans have managed to create division, hatred, and warfare over a simple unified message of love, connection, and stewardship.

Jesus didn’t come to start a new religion. He came to add to the deep stream of justice and compassion already intertwined within us. The great prophet Mohammad came with a message for the people of the book who had already divided themselves up into Jews and Christians. Mohammad talked about getting humanity back to ways of more genuine connection with God, each other, and our natural world.

The German monk Martin Luther didn’t want to create a breakaway schism (Protestant reformation) or a 30 year war resulting in 8 million deaths. He wanted to get humanity back on the path to living in alignment with God, and stop excessive consumption of the ruling elite that created a gap between the rich and poor.

The prophet Isaiah (born 8th century BC) and Saint Francis of Assisi (1182-1226)  lived almost 2000 years apart but delivered the same warning to humanity - STOP taking advantage of the vulnerable to create excessive wealth for the ruling elite. STOP living in excess at the expense our natural world; the creation we were created intertwined with, and asked to care for.

Jesus came to save the world by living ‘poor’ in consumption, economic growth and material wealth yet demonstrating living ‘rich’ in compassion, connection, and self growth.  One of my friends who lives as a monk describes Jesus as the greatest human who has ever lived to ‘resonate’ with Gods message. Jesus was the incarnation of God - the message oozed from him in action and words.  A message that has been lost, twisted, divided up, and used for the agenda of the rich and powerful since.

The Ebionites were the Jewish - Christian sect to carry forward the teachings of Jesus after his death. The literal  Aramaic/Hebrew meaning of Ebionite is to ‘become poor’. We have to redefine poor as low in consumption but rich in all things spiritual. Some of the poorest people I have met have nothing but lots of money and worldly wealth. Some of the richest people I know live within their economic means, yet have beautiful positive connection with their family, community, and the natural environment they exist within. When you live with service to something greater than yourself you follow Jesus’s example of dying to self, keeping the ego in check.  Ghandi stated the world provides enough for everyone’s needs but not enough for greed. When too many of us  live outside our means the planet (a closed system) starts to break down and a gap of opportunity, wealth, hope, and safety widens. Environmental and societal breakdown has the same result  - chaos.

To change the way we exist takes work, to pivot away from core beliefs that don’t serve the larger message is very uncomfortable. No growth is possible in comfort,  yet that is what most strive for. We must enmesh belief and work to change. Salvation doesn’t just come from taking on a brand. True transformation comes from faith and deeds. James (Jesus’s brother and the leader entrusted with the message after his crucifixion) lived this and wrote passionately about it.

The symptoms of societal and environmental collapse are all around us. This is  due to people living in disharmony and disregard for each other,  true community, and our natural world. This drifting away from authentic alignment living is what EVERY spiritual guru, prophet, and messenger has attempted  to warn us against.  Over the last decade this message against over consumption, corruption, and greed has being drowned out by the static of the busy lifestyle we have created. So many of us live for the holiday to escape life. Maybe we need to change the way we live so we don't have to escape so often?  The planet itself is now delivering the message to live more simply. The wildfires, floods, droughts, famines, deforestation, ocean acidification, eradication of wild life; oh and a global pandemic is not creating the change in lifestyle required to save the planet and ultimately ourselves. The signs are falling on deaf ears much like the human messages of the past.

We are all one. Our lives are intertwined within the closed system that is planet earth. We can not be healthy and thriving without a healthy environment to exist within. The spiritual message has been whispered, discussed (the Hebrew meaning of obey is to ‘enter into conversation’), and finally shouted at humanity over many thousands of years. The message has been embodied by so many messengers, prophets, and religious deities.

We are all stewards charged with leaving the planet in a better state than when we arrived.  We must champion compassion on an expansive scale - we must see issues, pain, trauma,  and want to action solutions. Not just sympathise with empty words. We can not take advantage of our natural resources and our vulnerable. We must assist all to live life as was originally designed for us. It's time to be more, by consuming less, by putting our beautiful natural world ahead of profit. WE must start to live more simply with more positive connection with each other, our fellow sentient earthlings, and in harmony with our natural world.

To explore EXPANSIVE WELLNESS habits that will align personal, community, and planetary wellbeing check out my book HOLISTIC HUMAN 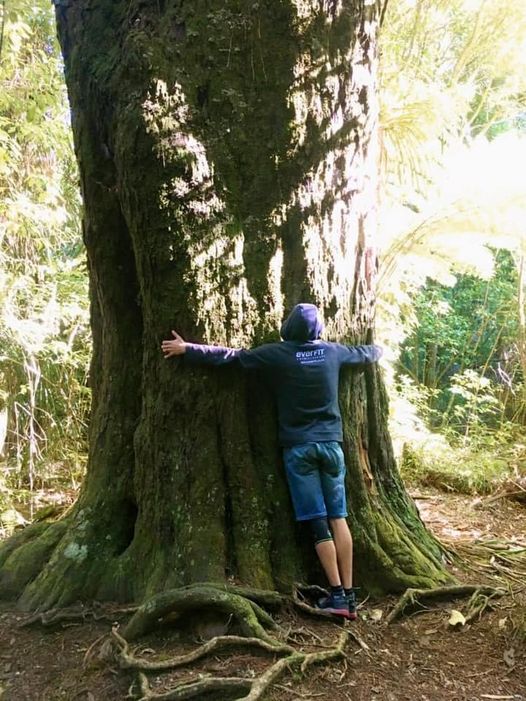