This Old Ghost Ultra race report by EVERFIT athlete James Brewer gives many gems on how to approach a trail event of this length.

I have been into mountain hiking/running for some time. Having moved to Wanaka about 9 years ago and having grown up skiing, it seemed natural to combine my increasing love for running with my love for the mountains. Its since become integral to my life, lifestyle and most importantly my well being. Time in nature and movement gives an energy and perspective on day to day life that somehow makes life easier.

In about 2016 my son was diagnosed with a rare tumour that presented in his spinal cord, but fortunately was unlikely to spread. Over a period of 2-3 years there were two long visits to Christchurch hospital and long stays at Ronald McDonald house.

To give back to their amazing support and generosity I decided to run the old ghost ultra and raise money for Ronald McDonald house. Below is an account of my day, my mindset and how I approached any challenge that arose. I hope it helps anyone else out there looking to run old ghost or any ultra. I wanted to provide this context (re my son) as it was an important factor -for anyone going for a long time in the mountains its good to know your why (as lets face it, it gets hard).

The night before the race, race bags were packed and double checked. The usual comparing of pack weight with others racing was had (mine was heavy compared to some!). One of my room mates was racing it, as in wanting to be in the top 10. He didn't have any actual food, he used liquid food only and carried powdered version so could add water as and when required. His pack was super super light. He told me in a race he often empties his water if he knows he is close to an aid station, as it means less weight and he can refill at the aid station. He also runs on the limits of what his body can handle. For me, in this race, i was about finishing vs racing. I had a time in mind but it was not my main driver. I have had a couple of races since old ghost where time and moving as fast as i could was what was important to me. The experience is quite different. Less time to enjoy what you are moving through and what is around you. But on the other hand satisfaction and drive to work towards a goal you have set yourself.

Back to the race. We boarded a bus at some crazy early time and made our way to the start line. There was muted conversation which grew louder as we got closer to the start. Energy levels were rising as we all started to get excited.

Once we arrived we completed the pre race formalities and then lined up for the start. My mindset at this time was all about enjoy each moment, don't go out to quickly and remember why i was here (my son).

Note that I had poles. I remember someone on the bus hassling people who used poles. They ended up borrowing someones poles during the race. For me poles were awesome, used mostly on the uphills but i note below the uphills are not crazy steep (nothing like the likes of mount difficulty ascent). I also had a salamon race pack and carried 1 litre of fluid in my two front pockets. My pack gave me easy access to water and food, so i didn't need to stop to hydrate or eat. I think its important to have the right gear and to practice with it.

Finally the countdown was on and we started. Now for those of you that are racing (i.e focused on a time goal or wanting to be at the pointy end of the race) its important to be near the front at the start. I was in the middle and soon found it slightly frustrating. The track quickly becomes single track with creek/river crossings where the bridges you cross limit the number of people who can cross at any one time. Thus I spent time (felt like forever but probably only a few minutes at each bridge, though there are a lot of bridges!), waiting before i could cross. Like most of us i wanted to move well at the start. So its important to be aware of this and be patient if it ends up impacting your speed/time.

The initial part of the race winds up a valley following a meandering river. It was a good way to start the day.
From the start I tried to keep my fueling and hydration consistent. Aware that not eating enough at the start could come back to bite me later. I didn't set an alarm on my watch but tried to eat every 40mins and hydrate regularly.

I am not really a gel person. For nutrition i had muesli bars, baby food and some Gu chews. The aid stations were very well stocked throughout (including the option for vodka at one of the aid stations!). I ended up relying heavily on oranges as found in the latter stages they were easy to digest and obviously not dry, so easy to swallow. There was coca cola too, found that a good option again in the latter stages.

The hardest section for me was about halfway through the race. About 42km's in. I was tired, my runners knee was starting to come on and i began to suffer from cramping. Generally everyone has times in a race where the mental challenge kicks in and i found mine at the point. I focused on why i was there and took satisfaction at moving past the 42km mark to enter into the realm of an ultra marathon. The other beauty with this race is there is no real exit. Its point to point and remote. So no choice but to crack on!! Like all of these moments, it passed. My cramps eased (using cramp stop), my runners knee (which my coach at the time Brad Dixon said would happen) numbed off and i kept moving forward one step at a time. For those of us that don't do 85kms every day its important to just keep moving. One step at a time.

Old Ghost has quite a bit of vertical gain in the second half of the run. Being from Wanaka and loving the mountains, a lot of my training was in the hills. What surprised me with old ghost is when i got to that iconic spot heavens door (when all the climb/vert is effectively done) i remember thinking 'is that it'? The climb/vert was done but did not feel hard. Now for me that's not because i was super strong in the hills, i think it was more due to the gradient of the uphills. They're not steep. The track is designed for mountain bikers, so nothing is too steep nor too technical. Its a highly runable track. It is quite stony though and i remember my feet were pretty sore form the stones/pebbles as i was used to more grass/dirt tracks vs stony.

The last section is mostly downhill (yay!) Through a forest. Its an awesome way to finish. I must admit the last 20kms for me dragged on a bit. But what i found worked well isi teamed up with a couple of others and we kept pushing each other along. I did resort to walking for a few minutes then running a km. The body was hurting and thus the odd patch of walking helped.

As the kms ticked away I reflected on the day. I called upon my why a lot during the day. If it got hard i just thought about what my son had been through and why i was there. That kept me going. So find your why and be clear on it. Know that it will be hard but know what you will think of when it gets hard and what will keep you moving. Some of you will be there to race it (go as fast as you can and compete), and that's as good a why as any others. Just be clear and be prepared for some hard times.

For me i found the length of the race hard (took me 12 hrs). But i loved every minute and learnt a lot about myself. Its an awesome track and awesome race. The organisers are amazing and are genuinely passionate about the place and the track. A lot of time and energy went into building this track. And its a relatively new beast, so feed off that energy.

Good luck. Enjoy the experience, embrace the pain and be grateful that we have the opportunity to spend such awesome moments in nature and in remote and beautiful places. See you on the trails some time.

Shot taken during the OGU Feb 2019 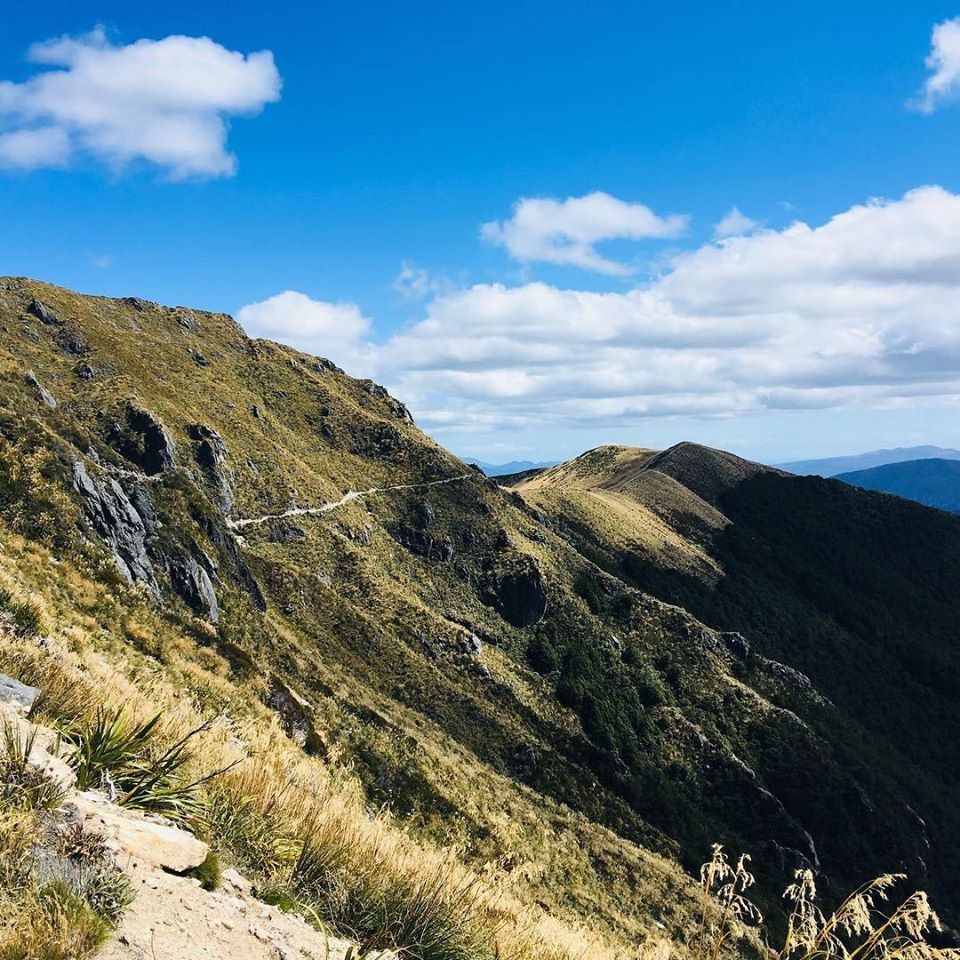 James Training for OGU on the Kepler in late 2018 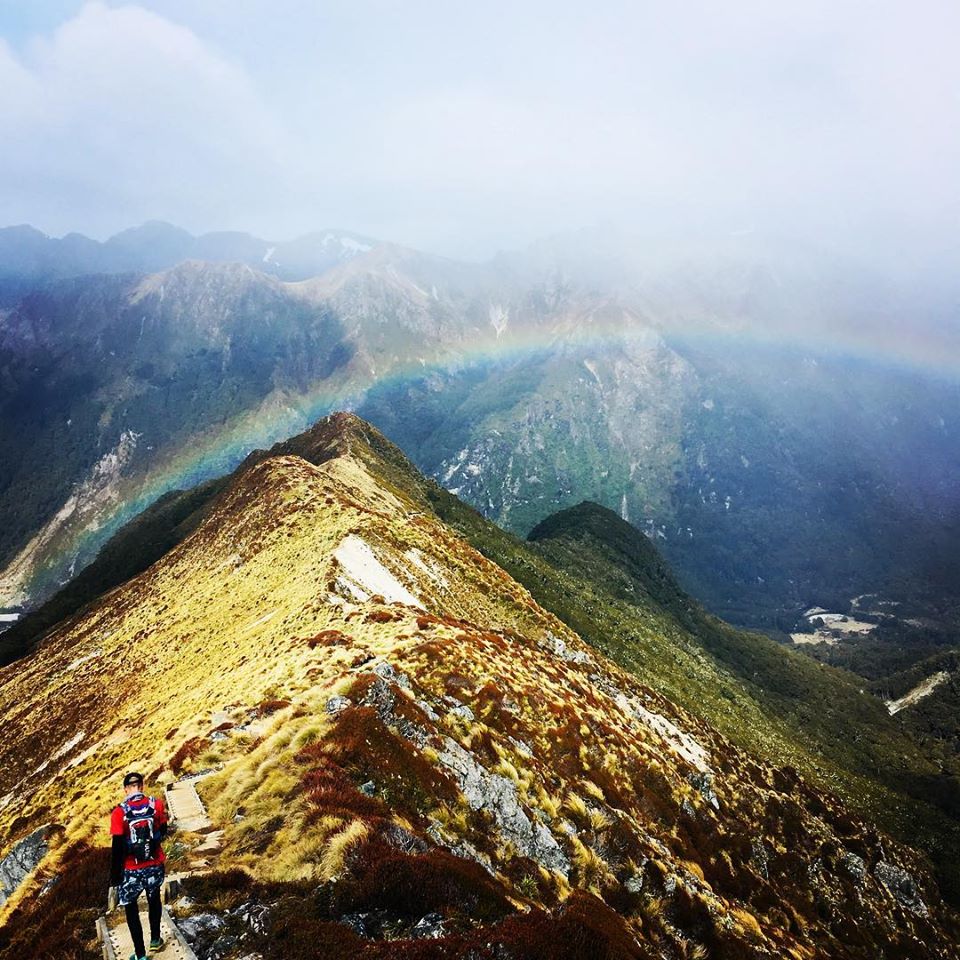