The subtitle of the book makes it clear that change is upon us - 'forget everything you know. Nature is no longer nature. We have entered a new epoch.'

Defiant Earth examines 200,000 years of human interaction with our 4.5 billion planet. The last 60 years of the interaction has seen the most profound transformation of the human relationship with our natural world. We have had 193,000 years of migration, and struggling to survive. Followed by 7,000 years of settling down, planting crops, domesticating animals, and 'civilisation'. Then 300 years of industry, followed by 70 years of uncontrolled growth creating damage to our life support vessel - the earth.

Before the beginning of the Anthropocene era (started around 1945 but there is some conjecture over the date - some say it should be late 1800s with the large scale burning of coal) the earth was in a 10,000 year settled state of mild and constant climate that allowed civilisations to flourish named the Holocene.

The Anthropocene is not a term describing the continued flourishing of humans living in harmony on the planet and it’s interwoven ecosystems, but a rupture in the earth system as a whole. The new Earth System thinking has come about since the 1990's. It is the integrative meta-science of the whole planet understand as a unified, complex, evolving system beyond the sum of its parts. It is a holistic approach that incorporates life, social, and economic science. The Earth is taken as a whole in a constant state of movement driven by interconnected cycles and forces.

The forces of nature have been riled up from the Holocene slumber and we are entering a new age that is more dangerous and more uncontrollable. There will continue to be more storms, wildfires, droughts, and heatwaves. Humans are more powerful with greater negative effect, while nature is more powerful. A power struggle is underway - human attempting to extract as much as possible from the earth while the earth resists, sending us messages;  symptoms of the natural world breaking down (climate chaos , species extinctions, ocean dead zones, extreme weather etc etc). We do not have ‘dominion’ over the earth and what we have done to ‘inherit’ the earth has been idiotic. In the Bibles account God created the earth for mans use - Christians have far too often taken this in the form of ‘domination’ and exploitation rather than what Jesus would have wished (and demonstrated) - gratitude and stewardship. Domination and exploitation fitted in better with the Roman Empires lens of viewing the world. This powerful empire used Christianity to subdue the peasant class from the 4 Century onwards and since then the essence of Jesus Christs teachings has been lost. The majority of Christians have blended in with general society and wordly pursuits even though it has been suggested to be in the world but not of it.

Many Christians have turned so far inwards they have become preoccupied with the self and self salvation. This inward journey of the self distracts from the disruption and chaos outside. This chaos effects the poor and vulnerable creating a larger poverty and opportunity gap - the very people that Jesus calls us to help; and the gap that many prophets warned against as a reason for the fundamental breakdown in society.

Our power gives humankind great responsibility. The fate of the earth has become intertwined with us. Our responsibility has risen to another level. Our stewardship of the planet is now more than ever vitally important. Our welfare, virtues, and our duties to the most vulnerable on the planet are tied up with our care for nature - this defines us as moral beings. We are obliged to deal with the mess we have created. If we take the ‘humans are just another creature’ on the planet view then we are Dr. Frankenstein turning a blind eye from the monster we have created.  The struggle to learn how to live cohesively on the earth and within its limits is ‘the way‘ for us to reach our collective potential. Kate Raworth discusses caring for the vulnerable in our society while living within the limits of our earth's resources in her book 'Doughnut Economics'

‘Morality is not found in freedom but is rooted in the realm of necessity- our duty of care for the Earth must precede all others.'

Unfortunately the public has become divided over looking after the earth, losing hope that alternative ways of social organisation is possible, and the ever pervasive hold of consumerism has drawn the masses into having a stake in the very system that is adding to earths issues. We have coping strategies to deal with climate change - many of them marketed to us by the very industries that are the biggest problem. For example a clean river and water saving programme sponsored by Dairy NZ, and electric sports vehicles by the various car manufacturers. Living with less consumption, less people, and striving to become more is the answer to our problems. We require drastically new systems - not tinkering with old, destructive ones.

I believe our purpose is to use our cohesive gifts of creativity (unfortunately our school systems tend to condition this out of us) to transform the earth in ways that allow us and the natural world to flourish then strive to reach actualisation. Our capitalist and socialist societies have given us brief glimpses on how to achieve this but greed, self- centredness , and 'keeping up with the Jones' has robbed us of time, drive, and our unique confident individual gifting's, therefore obscuring true purpose.

China is now the world’s biggest carbon emitting country by a long way. The average Chinese person is responsible for more carbon emissions than the average European. The 2015 Paris accord was when 195 nations came together having to present to the rest of the world 10,20, and 30 year plans to transform their energy economies. NZ is banking on electrifying our cars, and turning away from coal with green solutions when the 'elephant on the  field' - our dairy herd, 6.5million strong is responsible for 50% of our emissions, and also contributing to negative environmental impact with soil and water degradation.

‘Soul flooded the whole of existence and encountered in all things’ Hans Jonas (Life, Death, and the body in the theory of being, Sep 1965)

We can’t rely on techno fixes - Cooling the earth by coating it with sulphate aerosols to reduce incoming solar radiation is dum but people like that option compared to slashing the asset value of some of the globes biggest corporations or imposing tax on petrol, coal, and meat. It’s harder to ask consumers to change entrenched habits. They will demand to have their rights to live ‘their way’ rather than change ‘their way’ due to expansive responsibility. Solar geo engineering is no fantasy unfortunately. A fleet of aircraft loaded with Sulphates could be deployed within the next few years. Another grand plan to side step responsibly is to flee into space. The US defense department advanced technology agency are developing a “worldship” designed to take a multi generational community into space. The Daily Mail head line put this into perspective-“Only the elite will go. The rest of us will be left to die”. In the face of a disaster saving your own skin while others suffer has always been a selfish, unforgivable choice. Flying into space or preaching from the pulpit - “climate change doesn’t effect us, we will be in heaven” is dodging responsibility and unforgivable.

I am dismayed by the lack of unity humans are showing in solving the greatest issue of our time. The slow train crash is coming and continuing to buy into the growth at all costs models is masking the problem much like attempting to put out a fire with petrol. Division, shouting at each other, and trying to economize ourselves out of this new age is dumb. Our entire growth model must be based around sustainability at the least and regeneration at best - the planets health must guide everything we do. 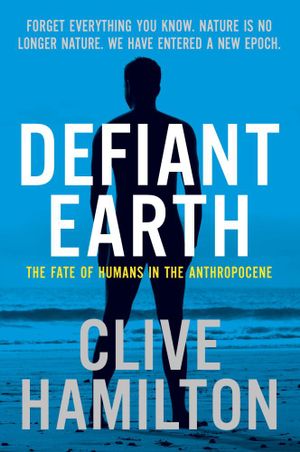